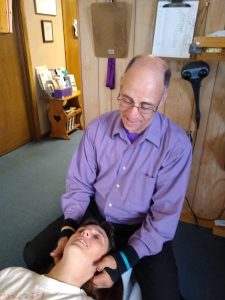 Licensure: Doctor of Chiropractic in NY State since 1994 Dr. Cooper is a member of the New York Chiropractic Council The main focus at North Endicott Chiropractic is Eliminating Poor Posture, Back Pain, Headaches, Fatigue and Migraines Resuming normal activities after relief from back pain. 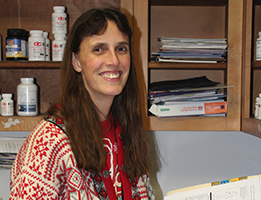 Hello! My name is Holly Mayer. I perform billing services for Dr. Cooper, and am occasionally in the office answering phones. I have also been a patient of Dr. Cooper’s since 2002, when my family moved to the area. Before that we lived in California and saw a CBP chiropractor. When we moved across the country, we were ecstatic to learn there was a CBP chiropractor in the area, and my son and I started seeing Dr. Cooper as soon as we arrived. He also started adjusting my two children, who were born in this area, right after their birth. I especially feel it’s important for children to be adjusted since birth and growing up are traumatic to children’s spines. Dr. Cooper has especially helped to put more curve in my lower back, ensure my spinal health during pregnancy and while caring for infants and toddlers, and teach me how to avoid seizing up my back or neck by bending/lifting improperly. I started working for North Endicott Chiropractic in 2012, when my children were all in school.